Well we didn't make it to the mall to get Easter bunny pictures this year, Riley please forgive us. However, I did find a pretty sweet Cuban inspired Easter outfit. Our friend, Denny, was kind enough to do a photo shoot for Riley's Easter pictures. It's always nice to have friends with awesome jobs, who don't mind doing some favors for friends. 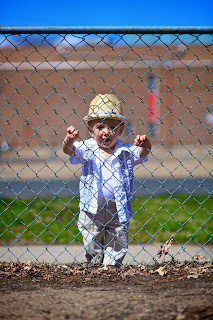 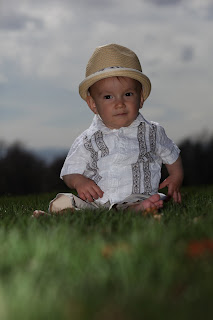 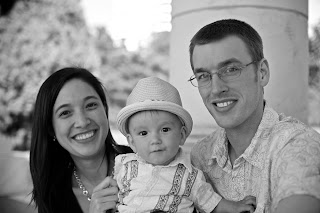 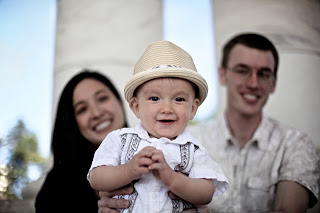 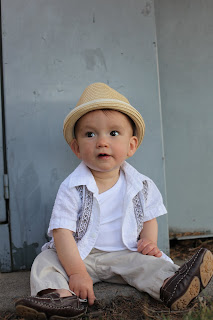 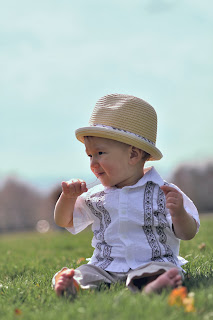 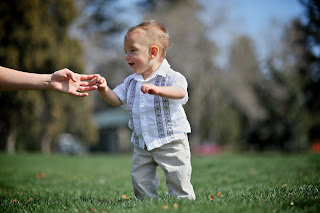 I figured it was time to post about something other than Riley. Back in the fall, Ryan (my sister's boyfriend, practically husband....hint hint to anyone who is reading), became the Razorback Football Fan of the Century. We were even in town and went to tailgate for the game where he won and beat out everyone else nominated. The Razorbacks are celebrating 100 years of sports and nominated people for Fan of the Century in every sport. Last weekend, all the winners went up to Fayetteville to see who would be the Razorback Fan of the Century. Well, Ryan didn't get the ultimate fan, but he still won the Football category, which let's face it, is the biggest one as we are concerned! Woo Pig Sooie (yeah I still enjoy saying it)!!! 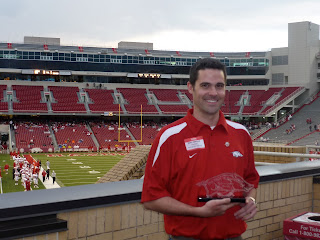 He still got a pretty sweet trophy for Football Fan of the Century! 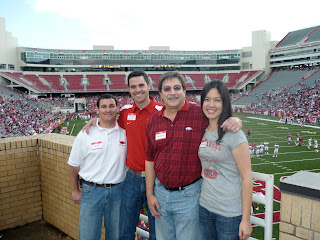 Everyone up at Fayetteville celebrating last weekend 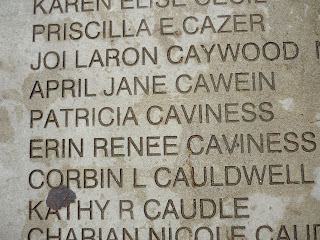 They were even nice and found my name on the sidewalk. I never got back up to Fayetteville to see my name so Laura took a picture for me. Pretty cool, but who is this other Caviness stealing my thunder??
Posted by Unknown at 9:18 PM No comments: